So many more of us are thinking about staycations now for spring/summer 2021 but still pining for the holidays that should have been in 2020.

Well I’m here to tell you all about where and how to can get a similar feel to your dream international destination here in the UK! 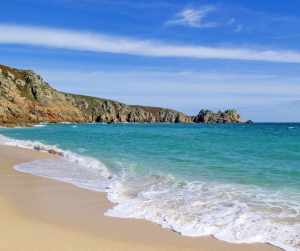 If you have dreamt about the Big Sur in California then the wild Atlantic coast of Cornwall might be the trip for you.

Britain Magazine describes it as…

“Cornwall really is mainly about its wild and rugged coastline. Nowhere is this more true than at its far western tip, the Penwith peninsula, beyond the towns of St Ives and Penzance. Penwith has its share of crowded visitor locations, but it is honeycombed with much quieter alternatives, any exploration of which would do well to  start with Trencrom Hill, one of Penwith’s highest points, lying southwest of St Ives. Its short, steep climb is rewarded with 360-degree views that take in both Mounts Bay to the south and St Ives bay to the north. To the south lies Chysauster, the remains of a Roman-era village that has been partially excavated, giving a good indication of rural life at that time. The landscape between here and Land’s End, Britain’s most south-westerly point, is littered with the remains of far older societies. The most famous of these include Mên-an-Tol and Lanyon Quoit, the latter the remnants of a burial chamber; the former a curious collection of standing stones, including one circular stone with a hole punched through.”

Fancy exploring ancient Rome then why not book a weekend in Chester?

“Known to the Romans by the name of Castra Deva, meaning “the military camp on the River Dee”. Chester began life as a fort occupied by the 20th Legion (Valeria Victrix). The original fort on the River Dee was probably established during the early campaigns of governor Publius Ostorius Scapula against the Deceangi in north-east Wales sometime around AD47/48, during the Roman advance northwards. For more than three centuries Chester was one of the most important military bases in the Roman Empire” and the largest in Britain. 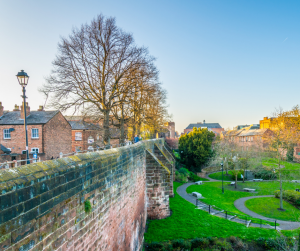 Chester’s sandstone walls are some of the finest remaining Roman defences in England.  You can walk for miles around them.  You can even hire a tour guide dressed as a Gladiator to take you on a history tour of the city and tell you about life there over 2000 years ago.  They even had under floor heating!

Dreaming of the Nordics then head to York for the full Viking experience as it is home to the Yorvic Viking centre.  This is one of my favourite cities with a mix of architecture from various periods of British history too.  York Minster cathedral is one of the largest of its kind in Europe. 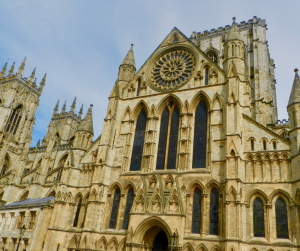 Did you envisage drifting along canals in Venice well why not hire a canal boat and travel some of the UKs beautiful waterways?

Visit a city that actually has more canals than Venice does…Birmingham where lots of bars and restaurants allow you to pull up outside. 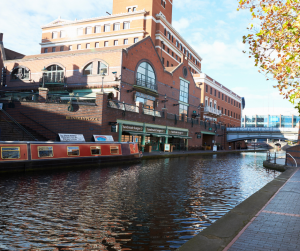 Fancy something a little more peaceful and picturesque?  Then the Cheshire Ring goes round the North West in a 92 mile loop taking in the Pennines, Cheshire countryside, Manchester city centre if you wanted at least one night of action and even goes passed Old Trafford football stadium too. 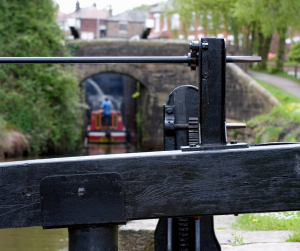 Or why not see London from a totally different perspective with a trip along the Regents Canal that passes through the area known as Little Venice to Camden Lock market passing Lords Cricket Club and London zoo. 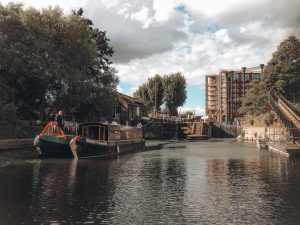 Want to climb up a tower then it might not be quite the same as the Eiffel but Blackpool’s has a ballroom underneath it too and a beach with a rollercoaster too. 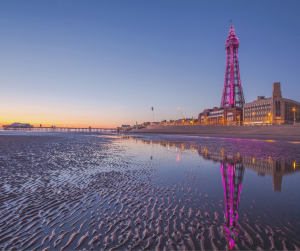 So many amazing cities and towns

There are many cities and towns in the UK just perfect for a foodie lover or an art lover or an avid theatregoer or someone who loves sport or with activities for children.    There is somewhere to suit everyone with a variety of different types of accommodation too from narrow boats to tree houses, log cabins to yurts and luxury spa hotels to caravan sites.

Please drop me a line if you’d like some help planning your perfect holiday.  Send an email to sarah@sarahstephensescapes.com

I can make epic dreams come true even with a British break and I have access to exclusive tours, excursions and experiences too.

Next up my first Nordic love Finland

Have you downloaded my free Luxury Wedding guide yet? Here’s the link to it http://bit.ly/3cWG3al